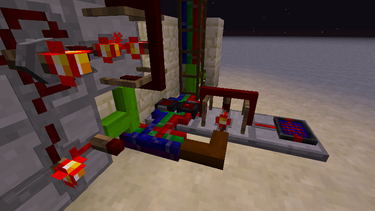 Some of the logic gates that are added by Integration

Integration is a module of ProjectRed. It adds logic gates to Minecraft.

Integration adds many logic gates to the game. A logic gate is a small tile, much like the Redstone Repeater. Its purpose is to squeeze the functionality of a large redstone machine into a small block. And since logic gates are multiparts, they can be covered with micro blocks, or even share a block space with other logic gates.

Most gates are made of a combination of the following components.

They are fairly easy to craft, most requiring only a bit of stone and redstone.